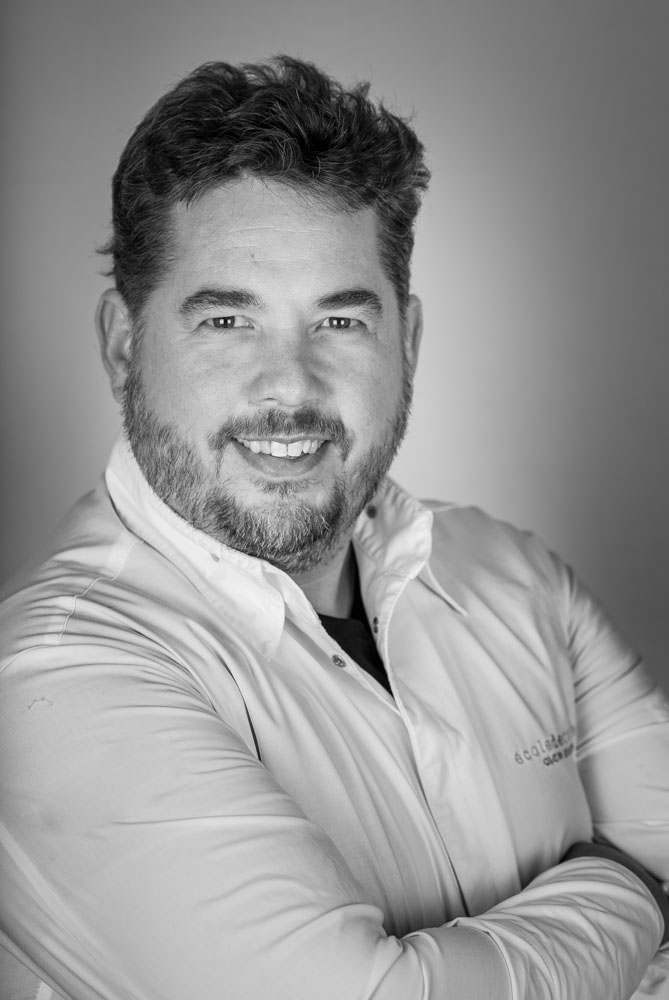 I was born into an environment where love and respect for food and for healthy produce was one of the pillars of my family education. Even as a child, I spent a lot of time in the kitchen with my mother, while my father, a pioneer in organic farming, began to pass on to me the values of nature.

Born in Switzerland and having grown up in Italy, I was 17 when I finished my training at catering school, and I had my first professional experience at Hotel Danieli in Venice. For a year, I had the opportunity of working and of learning alongside the chef Augusto Borghese, enabling me to discover the colours of a refined cuisine.

My sincere devotion, hard-working attitude, and my passion were rewarded by the Manager of the Hyde Park Hotel in London, who soon offered me a job as commis chef.

That marked a turning point in my life, followed by a series international professional experiences. It was during those experiences that I was able to establish my knowledge of and confirm my passion for the various cultures and traditions related to food and regional produce.

I became an international chef

During those years, I had the huge privilege and happiness of working in Bahrain for La Taverna, in Berlin for the Enoiteca Il Calice, in Moscow for the Ristorante da Mario, in Rome for the Crowne Plaza Minerva Hotel, in Paris for the Hotel Royal Monceau Carpaccio, in Saint Germain en Laye for the La Scala Restaurant, and finally for the Hotel Castille working alongside the great master Alain Ducasse.
That experience with Alain Ducasse took me to the top of my culinary education, marrying passion, simplicity, and finesse.

I had the honour of cooking for and satisfying many people with my cuisine, including celebrities such as Sean Connery, Timothy Dalton, Richard Gere, Liz Taylor, Johnny Hallyday, Margaret Thatcher, the US President Ronald Reagan and his wife, Boris Eltsine, and Francesco Cossiga, members of the G8 Summit in Venice, and many more.

My professional and human paths have been particularly marked in recent years by major encounters: with Carlo Petrini, the creator of “Slow Food” and of “Terra Madre”, and his humanistic conception of food; and with Massimo Bottura, elected best chef in 2014 and running the second best restaurant in the world.

Since 2010, my wife and I and our two children have been living in a village at the foot of the Sainte Victoire Mountain in the town of Trets, in France, where I run a small school of gastronomic cuisine.
The education I give to my students is based on daily creation of dishes from the best Mediterranean cuisine, revisited with “humanistic” values and with the principles of organic produce and sustainable development.

It was a huge honour for me to join the chef Alain Ducasse on 1 October 2015, to become chef instructor at his school in the 16th Arrondissement of Paris.

In order to share this philosophy of “eating with awareness for supporting life”, I created an educational recipe game app. This application passes on not only ancestral knowledge, but also the importance of knowing how to cook well, and the art of eating wisely and with consideration.